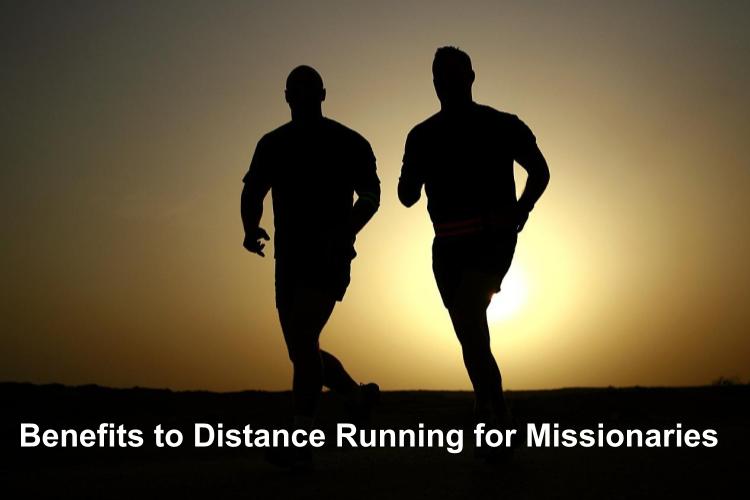 Running is a great source of exercise. It can get you into great shape, and it can clear your mind and help you feel calm and peaceful. There are even spiritual benefits to distance-running. With a calm and clear mental state, running can incite inspiration and divine revelation, especially if you are struggling with a problem or challenge. You may feel very overwhelmed trying to figure out a problem, but after a casual run, new ideas can come to your mind that you had never considered. The Holy Ghost can certainly bring answers and overall guidance to your heart and mind while your physical and mental state is cleared and energized from the daily tasks, trials, and burdens of the day.

Also, since running is a great way to get into adequate physical shape quickly, outgoing missionaries and returned missionaries can certainly pick up running. Being in tip-top running shape can be a great way to start your mission. Picking up running is a great way to jump-start you for the daily mission expectation to exercise for 30 minutes in the morning; it will help you be more motivated to continue exercising on your mission. Plus, being in good running shape can help missionaries be prepared for the physical demands of a mission: walking and/ or biking several miles every day.

Continuing to run regularly on a mission can bring missionaries the added physical, mental, and spiritual benefits they need. After a peaceful morning run, a missionary companionship with fresh, cleared minds may receive the revelation and inspiration they need to help their investigators overcome their concerns. Some mission presidents have even instigated that missionaries should run every morning for exercise. Those missions that have implemented this rule have greatly increased the overall health and wellness of the missionaries. For example, the California Carlsbad mission has made morning running mandatory for the missionaries. As a result, their mission has become one of the healthiest missions, with the lowest amount of missionaries reported getting sick.

Picking up running is also a great way for returned missionaries to quickly get back into physical shape if they struggled with maintaining their weight on their mission (especially for those state-side missionaries that got constantly fed large feasts from the members).

Pre-missionaries and returned missionaries that are attending college, especially in Provo, Utah, can adhere to the following article to efficiently pick up running as a source of daily exercise:

College students, particularly at Brigham Young University, find themselves constantly studying while often lacking in ways to strengthen their bodies and de-stress. In an article titled, “Running Free: Embracing a healthy lifestyle through distance running,” the author states “…distance running provides a dual function –it promotes a person’s health and also gives meaning to their lives” (Shipway 271). Long distance running is a very valuable solution, but many college students may not know how to utilize it. The best way for BYU students to pick up running is to train for a community race, particularly half marathons, since it provides them with a long-term goal and a sense of achievement.

Provo is a great area for long-distance running. For example, the Provo River bike path can take runners all the way through Provo along the river and up into Provo Canyon. Students can also run in scenic neighborhoods east of BYU campus closer to the mountains, especially behind the Provo LDS temple. Provo also offers varying elevation when runners need to train on hills toward the mountains or stick to flat roads in the valley.

While many may assume the best way to pick up running is to head outside and start jogging, there is a tremendous advantage to train for a specific race. Many new runners may find it difficult and frustrating trying to run regularly for extended distances with no clear goal or purpose. Thus, a race can provide students with a concrete goal and a rigid, consistent training program. In the end, running a race will have provided BYU students with a great feeling of achievement, and it will have efficiently adapted them to long distance running.

After deciding to train for a local race, a BYU student will need to choose a particular race distance. The best race for a student pickling up running is a half marathon because of the long-term goal and commitment. Many would argue that a half marathon is too far to start for a first race. However, a shorter race like a 5k or 10k only requires a couple weeks of preparation. Many sign up for a 5k and then stop running after the rather short training and racing process.

On the other hand, training for a half marathon requires months of preparation that will enable a new runner to remain committed and motivated to the sport. Nevertheless, in order to train for a half marathon, BYU students should be in basic athletic-shape. They don’t need to be avid runners by any means, but they should have the ability to do simple athletic activities such as hiking or playing a casual game of soccer or Frisbee. If a student is considerably out of shape, he or she can first train for shorter distances, such as a 5k or 10k, and slowly work his or her way up to a half marathon. Regardless of fitness level, any student can set a half marathon as their eventual end goal.

BYU students training for a half marathon will also need to acquire the necessary resources. You should buy a decent pair of running shoes with adequate support, which can be priced anywhere from $40-100+ depending on the quality.  Local running stores, such as Runner’s Corner and 26.2 Running Company, offer many different kinds of running shoes and clothing. At these locations, employees can help you choose the right style and model that fits well with your feet. 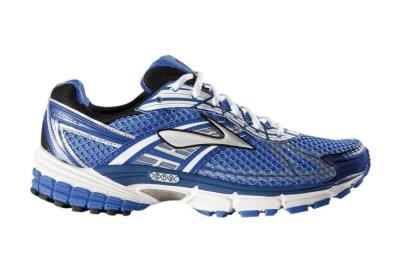 In addition, you will need to sign up for a local half marathon, which can cost $60-75. However, many races usually offer discounted prices if you sign up with a group. In order to start preparing for the half marathon, BYU students can find many detailed, weekly training programs online. A very popular online training program can be found at www.halhigdon.com, a website provided by a well-experienced long-distance runner and author.

Half marathons are the best races to choose because of their increasing popularity and reputation. Because of the immense time commitment, extreme difficulty, and injuries involved with full marathons, many long-distance runners have shifted to half-marathons. “…the half-marathon provides the incentives to train for a true goal race, it’s got the word ‘marathon’ in it and provides a similar sense of accomplishment; yet ‘the half’ doesn’t leave you physically brutalized like the marathon does” (Quick 1).

Further, a national survey by Running USA found that based on 8,000 online responses of runners, nearly 70 percent of males and females were most interested in participating in half marathons the coming year. The survey also found that the overall number and participation of half marathons has increased by 15 percent in the past decade (Quick 1). Thus, half marathons are very popular races that are not as rigorous and time-consuming as full marathons, but are similar with its sense of accomplishment.

Further, Provo has many half marathons for BYU students. For example, the Provo Haunted Half (October), the Provo City Half (May), and the Utah Valley Half (June) all take racers on scenic downhill routes through Provo Canyon and finish in the city. Thus, BYU students can conveniently select different races throughout the year depending on their busy schedules. Students will get the most out of their training by running during warm weather seasons. However, if they find themselves training in the middle of winter, they should dress very warm and even run in the Smith Fieldhouse indoor track if weather conditions are severe.

The best way for a BYU student to pick up running is to train for a half marathon. Doing so will provide students with a sense of achievement, a healthy lifestyle, and an avenue to de-stress from the difficulties of college. BYU students should not let their studies stop them from engaging in worthwhile exercise that will allow them to see spectacular sights throughout Provo.

In relation to running and exercise, the following LDS youth video produced by the church shares the importance of staying spiritually fit: