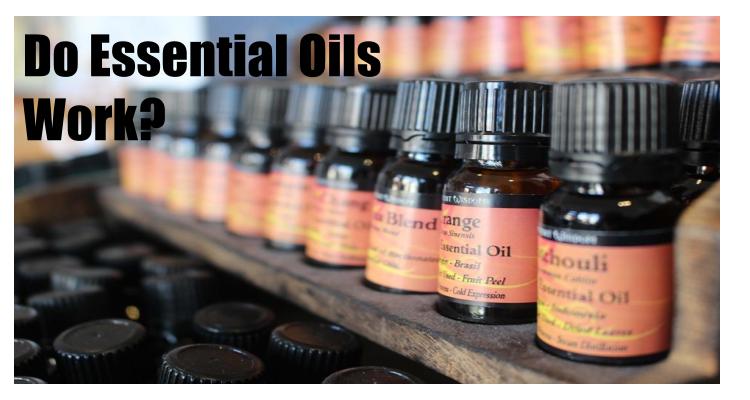 The global essential oil market size was more than $6 billion in 2015. 1 Companies like doTerra, Young Living, and Biolandes are some of the largest companies operating in this massive global industry. With a lot of money at stake, many of you might be wondering whether or not essential oils actually work. I’ve simply collected the facts and will present them here for YOU to decide.

What are Essential Oils?

An essential oil is a concentrated liquid containing volatile aroma compounds from plants.  An oil is “essential” in the sense that it contains the “essence of” the plant’s fragrance—the characteristic fragrance of the plant from which it is derived.2 Note here that the term “essential” does not mean indispensable in the sense that your body could not survive without it.

Essential oils are used in perfumes, cosmetics, soaps and other products, for flavoring food and drink, for adding scents to incense and household cleaning products, and in aromatherapy. 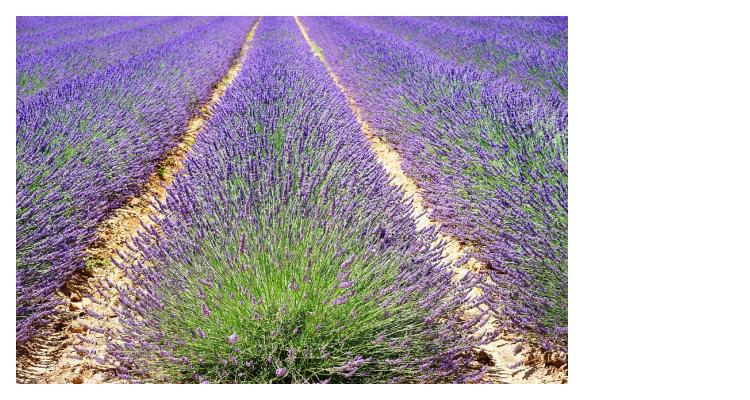 Arguments for Essential Oil Use

Essential oils, also formerly know as aromatic oils, have been used by many different civilizations around the world for hundreds of years. The specific uses for the oils varied from culture to culture. Some used them for religious purposes while others used them to heal the sick, but it’s very difficult to determine exactly when they gained the reputation of having healing properties. Evidence of essential oil use has been found in cave paintings in France that may date as far back as 18,000 B.C.

The Egyptians used an herbal preparations known as “Kyphi”, which was a mixture of 16 ingredients that they used as perfume, incense, or medicine. At one point during the reign of the pharaohs, only priests were permitted to use these oils because they were deemed necessary to become closer to the Gods.

In India, the traditional healing method known as “Ayur Veda”, has a more than 3000-year history of essential oil use.

The Greeks recorded usage of essential oils between 400-500 B.C. Hypocrites, the famous Greek physician also known as the “Father of Medicine”, had a very extensive knowledge of plants and documented the effects of about 300 different plants. He wrote that “a perfumed bath and a scented massage every day is the way to good health.”

The Romans were known for generously applying perfumed oils to their bodies for leisure and relaxation purposes as well as for healing.

The Persian physician Ali-Ibn Sana studied medicine his entire life. He wrote books on the properties of over 800 plants and their effects on humans and may very well have been the first person to discover the method of distilling essential oils.

In Europe, frankincense and pine were burned to ward off evil spirits during the Bubonic Plague. The records from the time show that less people died of the plague when this was done.

In France, Rene-Maurice Gattefosse, a famous chemist, discovered the healing properties of lavender when an explosion in his laboratory burned his hand and he quickly shoved his hand into the closest container of liquid which happened to be essential oil of lavender. He noticed that his hand healed without becoming infected or scarring and from there he went on to come up with the term “aromatherapie.”3

Based on all of the evidence I linked above, I hope that you can draw your own conclusions based on facts, history, and science. The amount of experiments done testing the effects of essential oils is staggering, and the polarity of the results shows that essential oils are not the cure for all existing sicknesses as some would say they are, but they have been shown to be effective in certain specific cases.

I have been putting off posting about my husband but we are quickly coming to our mental deadline and so I want to be sure I am doing everything correctly.

First, a little history. Feb 4th my husband was told they found a mass in his left lung. He has had extensive testing done including cat-scan and biopsy and still we are not sure what it is. The biopsy just came back with blood and no cancer cells and we were sure it was and answer to prayer (the mass was 3 cm). Trouble is, there is a very little thing very close to it that has a very different appearance and it is too little to biopsy. Surgeon wants to take it out by taking pie shaped incision of lung out, some lymph nodes and test immediately and possibly remove bottom left node of lung. Lung specialist says wait awhile. GP say assume its cancer till proven different.

So, we decided to wait till June 3 and have another cat-scan and see if it is growing. About 1 month ago, I stumbled upon the oils and decided to make a valiant effort to get rid of this thing. We didn’t tell any of you at first, but recently have told Jean and Maurice(our sponsors). (Didn’t want pressure from anyone). So, here’s what we are doing. Would appreciate any comments about what else to do or not to do.

He started Doctor Friedman’s program (for about 10 days) and we rubbed his back (over the lung mass) with Frankincense and Lavender (or clover) and immune power on his spine twice a day. About 10 days into it, he resolved himself to start the rectal implants described on page 237 in the PDR. Today we are starting the liver cleanse and parasite cleanse. All this time we have continued with the backrubs of oils.

So, there you have it.

Now, I am down to about 2 weeks and starting to get nervous, so would appreciate any comments about what I am doing right or wrong.

I would like to start this with a note of praise. When my husband and I found the essential oils, we felt like the Lord had directed us this way. We said at the start, that no matter what happened, we would give the Lord praise because we felt his hand leading and guiding us. I wrote earlier and just gave facts as to how we were treating Clint’s tumor and failed to tell you how very important prayer had been in that treatment. Today I just want to thank God so much. Clint’s tumor is gone! He had his cat-scan today and there is just a little residual matter left. We can’t thank God enough.

I want to thank all of you for your help. Even though you didn’t know about it for a long time, I read this oil email diligently and adjusted his treatment accordingly. We are going to continue on with the treatment a little longer because the doctor reading the cat-scan this time was not aware of Clint’s background and said the residual matter would probably stay. He didn’t know Clint had had a biopsy and he said it was probably just a viral infection. Said cancer would not go away like that unless we were using chemo.

We told him we were using essential oils and he said he wouldn’t give that a grain of salt. But we know what was there and we know what God and the oils did. So, we are giving his x-rays to another doctor to look at that is familiar with us and has been directing us (his sister works for him) and will have him go over them thoroughly. We will continue with the rectal treatment a little longer. He is going to start a liver cleanse this week. Did a parasite cleanse last week?

But we both saw the cat scan today (the before and after pictures) and there is a definite change for the good. We are ever so thankful.

Just wanted to give you all another update on Clint’s neoplasm. One month ago (or there about), I wrote and told you all how Clint’s spot on his lung has shrunk up to almost nothing. Well, about 1 week later, we got a call from the lung specialist insisting that he go back in for yet another cat scan.

Told us it was urgent and led us to think that maybe there was something new they hadn’t told us. So we went Saturday. And much to our delight, it was even smaller than before. Had a radiologist that had seen us before and he was quite talkative? Asked him why we were there and he couldn’t figure it out. Said the spot was so small that they had to be very careful about where to shot the cat scan just to pick it up. Believes what is left will always be there but said for our piece of mind to have another chest x-ray in about a year. Told us we wouldn’t even have to do a cat scan if we didn’t want to.

We are so happy about this. The oils have been a miracle sent from God. We believe the lung specialist must have been so surprised that he thought they missed it somehow. We both are highly recommending this to everyone.

Using the oils has been the best decision of our lives. Back in March the surgeon wanted to remove part of Clint’s lung. How thankful we are that we didn’t allow that.

Thanks so much to all of you that have prayed and supported us.

As an update, Clint had an x-ray for life insurance this year(because they saw his history) and there was nothing there!! He actually was approved for the insurance and they had gone over him with a fine tooth comb. I can’t speak enough about the oils!!