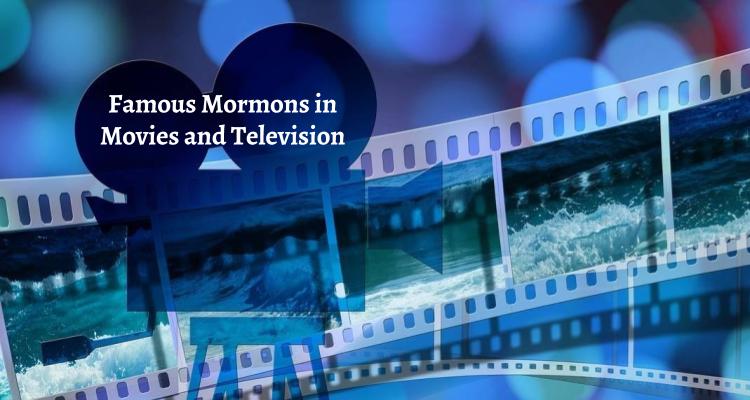 The LDS faith is the one of the largest, fastest-growing, world-wide churches. Its influence is truly far-reaching, even in popular films television shows. While many famous actors, directors, producers, and television sensations continue to practice the LDS faith, others are no longer active in the church. Regardless, Mormonism affects the lives of many talented, extraordinary people. Many core values and principles of the Mormon church have influenced people in the spotlight. Even more important, many of these famous Mormons have used their talents to serve others by providing value and entertainment to society. The following is a list of some of the most well-known Mormons in television and movies; some may be widely-known as Mormon while others may not. Whichever the case, these individuals have contributed their talents to Hollywood, Advertising, and Television.

John Heder is an American actor most famous more his role as Napoleon Dynamite in the popular comedy filmed in Preston, Idaho. He’s also famous for acting in other famous comedies including The Benchwarmers, Blades of Glory, When in Rome, and Walt Before Mickey as Walt Disney’s brother, Roy. Heder has also provided voice acting for animated films including Monster House and Surf’s Up. Heder was born in Fort Collins, Colorado, but mainly grew up in Salem, Oregon. He also attended Brigham Young University in which he pursued his career in acting and got involved in local college film festivals and competitions. Napoleon Dynamite was shown at the Sundance Film Festival, in which Fox Searchlight Pictures and Paramount Pictures acquired the film.

Ken Jennings is an American television game-show contestant, who won 74 consecutive matches on the game-show Jeopardy!; his total earnings from the show are $3,196,300. He was born in Edmonds, Washington but mainly grew up in Seoul, South Korea and Singapore due to his father’s work. Jennings’ interest in game-shows began early as he watched Jeopardy! On television growing up. Jennings later graduated from Brigham Young University in computer science and English.

Glenn Beck is a conservative talk-radio and TV host. He was actually a convert to the Mormon Church, in which he was first exposed to the Mormon culture while he lived in Provo, Utah at 18 working at a radio station. After struggling with alcohol and drug addictions, he began a spiritual quest to seek out truth and answers to his questions. Greatly influenced by his long-time Mormon friend, Pat Gray, Beck and his family eventually joined the Mormon church.

Ed Catmull is the president of Pixar Animation Studios and Walt Disney Animation Studios. Through his expertise in computer science and overall creativity, he has helped bring clean, family-fun feature-length films to the movie industry (Toy Story, Bug’s Life, Monsters Inc., Finding Nemo, The Incredibles, Cars, Ratatouille, WALL-E, Up, Brave, Inside Out, etc.). Overall, his work has brought fun entertainment to families world-wide. Catmull was born in Parkersburg, West Virginia; his family later moved to Utah. He is no longer active in the Mormon faith, but he was raised LDS and even served a 2-year mission in New York City. 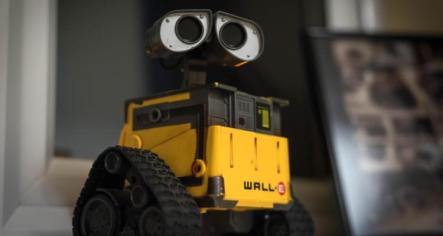 Kirby Heyborne is an actor and comedian most well-known in LDS culture; he has acted in many Mormon comedies such as The Singles Ward, The R.M., Saints and Soldiers, The Best Two Years, and Sons of Provo. He has also appeared in TV commercials, such as television ads for Titan Insurance, Holiday Scratchers, Honda, Snickers, Target, Miller Lite, Mini Cooper, and Wendy’s. Heyborne graduated from Alta High School in 1995 in Sandy, Utah. He then served a 2-year mission for the LDS church in the Dominican Republic; he also graduated from the University of Utah in economics.

Aaron Eckhart is an American actor most well-known for his role as Harvey Dent/ Two-Face in Christopher Nolan’s Batman adaptation, “The Dark Knight.” Eckhart was born in California but later moved to England and Sydney, Australia. He later graduated from Brigham Young University in 1994.

Many may not know that in his early acting career, Eckhart appeared in a 90s Mormon seminary video titled “Godly Sorrow” filmed at BYU in Provo, Utah.

Roseanne Bar is an actress famous for her sitcom comedy, Roseanne, and was active in the LDS church for a time. She was born in Salt Lake City in 1952 raised in a Jewish family. Her family withheld their Jewish heritage from the community and became temporarily involved in the LDS Church. When she was young, her family had an LDS minister come to give her a blessing when she was ill with Bell’s Palsy. Barr even began giving talks at LDS churches at six years old. She even became president of a local LDS youth group.

Don Bluth is a movie director and producer most notable for his work on the cartoon films, The Rescuers, The Land Before Time, Pete’s Dragon, and Anastasia. Bluth attended Brigham Young University for one year and then received a job offer to work for Disney.

Paul Walker is a famous actor most well-known for his role in The Fast and the Furious movies. He was born in Glendale, California and raised LDS. In 2013, Walker died at age 40 in a car crash. Since Walker passed away during production of the 7th Fast and Furious film, the filmmakers hired his brothers and digitally superimposed Paul Walker’s face on his brothers in order to finish filming the movie.

Amy Adams is an actress most famous her roles in Disney’s Enchanted, The Muppets, and Man of Steel and Batman v. Superman: Dawn of Justice as Lois Lane. She was born in Italy and raised LDS. Even though she is no longer active in the Mormon church, Adams has acknowledged how LDS principles and values have influenced her life: “… it instilled in me a value system I still hold true. The basic ‘Do unto others…’, that was what was hammered into me. And love.”

To learn more about famous Mormons in movies, television, and other topics, visit the following websites: