This week the First Presidency approved new changes to the LDS missionary schedule that will allow mission president more flexibility to customize their missionaries’ daily schedules and will give missionaries a longer preparation day for relaxing, writing home to family, doing laundry, etc. 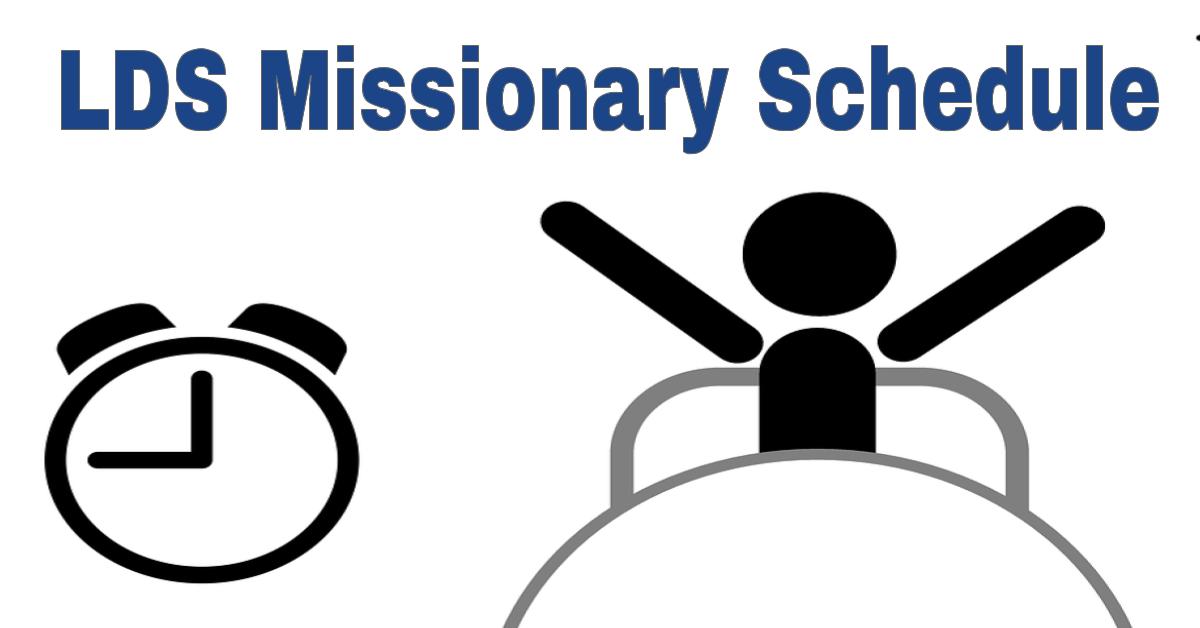 Changes To The Missionary Schedule

Up until this change, the LDS missionary daily schedule typically looked like this:

Quotes From LDS Leaders About The Changes

Here’s a selection of quotes of what some leaders of The Church of Jesus Christ of Latter-day Saints have said regarding the change:

“It will allow missionaries after the mission to make that smooth transition into their life and have that same flexibility as they have those same goals to continue to pray and to read their scriptures and to remain close to the Lord in their life.” Elder Brent H. Nielsen, Executive Director of the Missionary Department

“The thing I love about this new schedule is that it allows the missionaries to exercise their agency to determine how to best use their time..It shows that the Lord trusts them to use their time wisely.” Sister Bonnie L. Oscarson, YW General President and member of the Missionary Executive Council

“I think one other thing that’s intriguing about this is that this is a worldwide church and one size doesn’t fit all. So to be able to make that adjustment in areas and missions I think is very significant.” Elder David A. Bednar, Quorum of The Twelve Apostles

“The most significant change in the schedule is to give the missionaries and also mission presidents the latitude to make the necessary decisions and adjustments in the daily work of the missionary.” Elder Dallin H. Oaks, Quorum of The Twelve Apostles

“It’s a great move. I served in Northern Canada, in the middle of winter, many years ago. Knocking on doors during this time of year was less than effective. Had we had the latitude to alter our service to more productive ways to engage would have been great. We are a global church… how people interact is not one size fits all. I fully support this move.” UtahBlueDevil (posted on Deseret News)

“Everything right with this move and nothing wrong with it. I was tired for my entire two year mission. The simple fact is that most 18-21 year olds need more sleep than their 50-something mission presidents. Now that I am 50-something, I function just fine on 7-8 hours. But as a 19-year-old, I needed 9+ to feel well rested but never got it. I was either tired or alternatively stressed out about “not being obedient” on the few occasions where I did sleep in, and was thus far less effective in teaching effectively and with the spirit than I could have been.” AZKID (posted on Deseret News)

“That would have been so helpful on my mission in Portugal! They start later and stay out later. Dinner is not usually until 8pm.” Jami Hunt (posted on LDS Daily)

“That’s great news! When I was in Spain it would have helped to be out a bit later as they are used to staying up til 11 or 12:00 so we missed out on 2-3 hours of teaching time.” RodTheWrench (posted on KSL)

“Flexibility is a good thing, and I like this approach. However, there is a lot to be said about having the discipline that the old schedule provided. But I am probably too old school and militaristic in my feelings as to how to raise kids (and missionaries).” Druid1 (posted on KSL)

I think giving more flexibility to LDS missionaries and mission presidents to customize their schedules is a good thing. These changes do not change the fact that a mission is a full-time consecration of one’s time and energies. A mission will still be incredibly demanding, but I believe these changes will help missionaries feel better understood and appreciated.

Mental health is, and seems to be an increasingly bigger issue for missionaries. Part of the increase in mental and emotional health issues could be related to how our generation is more pampered than our parents and grandparents generation. Part of the issues could stem from our generation’s dependence on technology. Many missionaries have to go cold turkey from something they’ve lived with their entire life. I think this new flexibility will help more missionaries feel less overwhelmed and ultimately will help less missionaries decide to come home early from their missions.

In addition to this change in the missionary schedule, changes were also made as to which missionary tasks are counted and reported to mission leadership. The key indicators tracked and reported will be simplified to include the following:

From my understanding the key indicators in missions are somewhat influenced by each mission president’s focus and direction. For example, some mission president may focus on contacting a specific number of new people each day. Now though, it seems The Church is simplifying their focus to help missionaries focus on what their unique role is in helping prepare people to make covenants with God. I think this simplification is good. Sometimes too many strict guidelines can get in the way of following the Spirit and doing what is most effective.

Here are some related articles and resources you might enjoy:

Feel free to leave your respectful comments below!