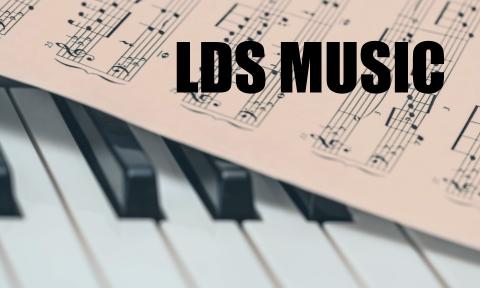 Growing up in the LDS church, I always felt the spirit the strongest when I would listen to uplifting, spiritual music. As I grew in age and knowledge, I began to realize that a song doesn’t have to come straight from the Hymn book in order for it to be spiritual. I began to search for songs that were upbeat and catchy that would still bring the spirit and inspire me to want to be better. I find myself listening to these songs not only on Sundays when I am trying to keep the Sabbath day holy, but also other days of the week when I want to listen to something that will make me feel good. My hope with this post is that it will lead you to find music that you had never heard before and inspire you to listen to songs that lift you up and make you want to be better.

One great place to start is with EFY music. Each summer, there is a week-long camp geared towards members of the church that are wanting to have fun, increase their testimonies, and become closer with their Heavenly Father. This name of this program is “Especially For Youth” or “EFY”. All youth from the ages of 14-18 are invited to participate in this experience. As part of the experience, the Especially For Youth program puts together a soundtrack of songs that are sung and played throughout the week to help the participants feel the spirit. These songs are often released to the public on youtube and on spotify for anybody to listen to.

Currently, the entire EFY albums from 2013 – 2016 can be found on Spotify for all those who would like to give them a listen. Considering that there are about 12 songs on each album, that is  nearly 48 uplifting, fun, and inspiring songs that are different than your ordinary hymn book melodies.

Some of the most popular EFY tunes throughout the years include:

Even When You’re Broken – Julie Yardley

The Right Place – Beyond 5

Firm In the Faith- Scott Krippayne

One Prayer Away – Colton Avery

Right Where You Are – Jessie Booth

I am Enough – Nicole Sheahan

Right Where I Belong – Chris Tenbau

Just How I am – Laken Quigley

Here Am I – Spencer Forsey

We Are – Madilyn Page

He Showed Me How – David Archuleta

He Hears Your Heart – Bryn Castleton

Not So Little – Nik Day

You are Called – Christian Love

Light of the World – Ryan I

What Matters Most – Abe Kaelin

Another Great song that has come from the Especially For Youth Program is the EFY Medley. The EFY medley is a mash up of “As Sisters in Zion” and “We’ll Bring the World His Truth”. This song brings the spirit so strong and is one of my all time favorites.

What a lot of people don’t know is that music can be found by going online to LDS.org. One of the best resources that I have found for finding good music is to go to LDS.org/youth/music. This particular web address has its own music player with 185 uplifting songs. This web player includes EFY songs, songs written to go with the yearly theme, songs created especially for missionaries, and many, many more. 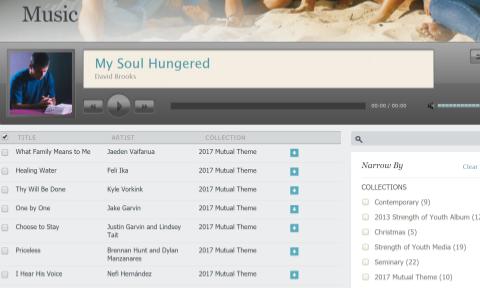 If you still have not found the music that you are searching for, there are many artists that have albums specifically created for LDS members. Some of these Artists include: