Have you planned to serve a mission since you were little? Have you heard others talking about serving a mission? Rumors can spread especially when they seem exciting or partly true. Here are a few common misconceptions about missions. Some are from those not familiar with the Church or missions in general while others are simple things that maybe even members might think. 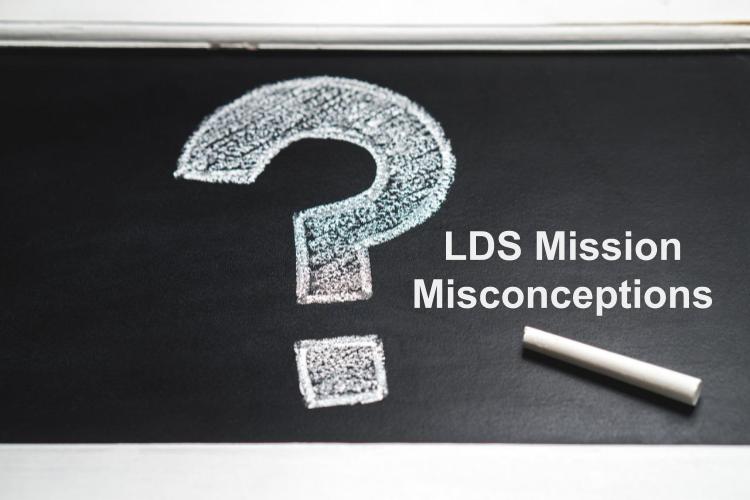 Misconception 1: I get to decide where to serve my mission.

Young men and women do not choose where they will have the opportunity to serve. During the process of selecting a place to serve, an apostle of the Lord will select a mission. The selection process is done by revelation after they have reviewed your picture, medical and the needs of the Church such as where the Church needs more missionaries around the world. It is actually quite a remarkable process.

Elder M. Russell Ballard of the Quorum of the Twelve Apostles described the process in his April 2015 general conference address titled “Your Personal Interview with an Apostle.”

“In the early days of the Church, missionaries were interviewed by a General Authority before they went on their missions. These days you are interviewed to serve as missionaries by your bishops and stake presidents, and most of you will go through your entire lives without being interviewed by a General Authority. That is simply a reflection of the reality in a worldwide church of more than 15 million members. I know I speak for my brethren when I tell you that we wish it were possible for us to know all of you personally and to be able to tell you that we love you and that we support you.

“Fortunately, the Lord has provided ways for us to reach out to you. For example, a member of the Quorum of the Twelve assigns every missionary to his or her mission. Although this is done without a traditional face-to-face interview, technology and revelation combine to provide an experience that is remarkably intimate and personal. Let me tell you how this happens.

“Your photograph comes up on a computer screen, together with key information provided by your bishop and stake president. When your picture appears, we look into your eyes and review your answers to the missionary recommendation questions. For that brief moment, it seems as if you are present and responding to us directly.

“As we look at your photograph, we trust that you have cleared in every way the “raised bar” required today to be a faithful, successful missionary. Then, by the power of the Spirit of the Lord and under the direction of President Thomas S. Monson, we assign you to one of the Church’s 406 worldwide missions.

“No, it isn’t the same as a personal, face-to-face interview. But it’s close.”

Misconception 2: You are forced to serve.

In his opening General Conference address in 2012 President Monson clarified that while highly encouraged to serve missions, young men are not forced to serve missions. And the Church gladly accepts all young women who wish to serve missions too. He said, “We affirm that missionary work is a priesthood duty—and we encourage all young men who are worthy and who are physically able and mentally capable to respond to the call to serve. Many young women also serve, but they are not under the same mandate to serve as are the young men. We assure the young sisters of the Church, however, that they make a valuable contribution as missionaries, and we welcome their service.” Serving a mission is a great opportunity for personal growth but also an excellent way to serve others and share your beliefs with others.

Misconception 3: It is probably a 2-week mission trip.

While there are churches that do great service opportunities in other parts of the world, whether it be building schools or homes, or helping in orphanages, the trip is usually a week or two. The length of a mission in the Church of Jesus Christ of Latter-Day Saints is 18 months for young women and 2 years for the young men. It takes great preparation. Oh. And money. Which leads me to the next misconception…

Misconception 4: You get paid.

A mission is full of sacrifices. From you. From your family. From other members of the Church. Often it is a great financial sacrifice to pay for 18 months to 2 years of missionary service-all while not being able to work and sustain yourself during that time. There are ways to save money for a mission to help ease the financial burden. Check out our article on ways to save money for a mission.

A lot of people on my mission were confused to see Elder on my name tag. I would often get something like “you are both named elder. Are you brothers?” If we were brothers wouldn’t it at least be the same last name and a different first name? Elder is a title meaning teacher. It is the name of an office in the priesthood or authority of God given to man.

As a missionary, you are most certainly allowed to have fun. It will be a long 18 months or 2 years if you aren’t having fun. However, it is true that missionaries abstain from social networking and movies or playing on sports teams. They do have a day off when they can play sports and they email home to talk with their family for the week. They also buy groceries and do other things to help them for the week. However, from a returned missionary’s view P-day is more like P-hours. But you will appreciate all the rest time you can get. Half the time you won’t even rest.

Misconception 7: Missions create intolerance for others.

While missionaries are trying to help others learn more about the Church and take the necessary steps to joining, it does not mean they are not accepting of other faiths. In fact, as a missionary I learned more about other religions as I got to know and come to love the people that I shared the message with- each one with a different story and beliefs than my own.

In fact, while you might picture them going from door to door, it is better for missionaries to work with members and referrals. Some areas may be more effective than others, but no matter where you serve, members can be a great tool and a key to success.

James The Mormon explained a few points that could help clear up any misconceptions that may have crossed your mind. Check it out!