Signs of the Second Coming 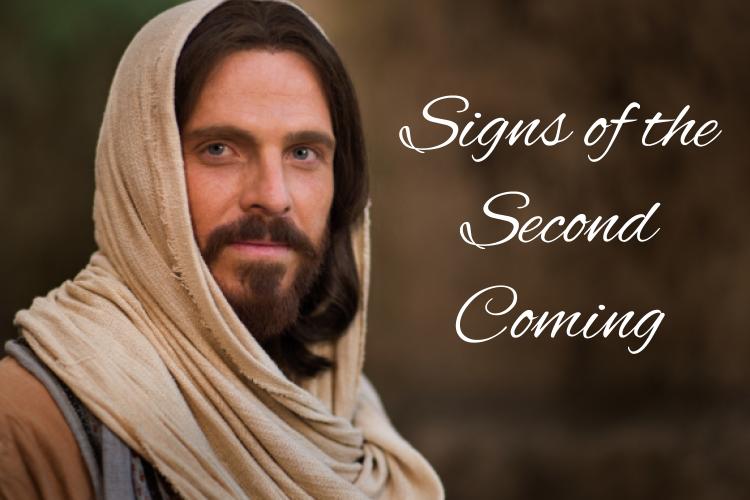 “Even so it shall be in that day when they shall see all these things, then shall they know that the hour is nigh. And it shall come to pass that he that feareth me shall be looking forth for the great day of the Lord to come, even for the signs of the coming of the Son of Man. And they shall see signs and wonders, for they shall be shown forth in the heavens above, and in the earth beneath.”

Below is a compiled list of all of the things that have been prophesied to take place before the second coming of Jesus Christ. As I compiled this list, it was a really neat experience to recognize that so many signs have already been fulfilled and notice how few are left to be fulfilled before Christ’s return. I have a strong testimony that Jesus Christ will return to this earth once again and I have such hope that I will be able to witness this major event. I know many people that fear the second coming because of the bad things that have been prophesied to occur before his return. I, on the other hand have always been fascinated with this gospel truth and anxiously await his return so that I can be in his presence and learn how to better follow in his footsteps.

Prophesy— Malachi 4:5-6 “Behold, I will send you Elijah the prophet before the coming of the great and dreadful day of the Lord: And he shall turn the heart of the fathers to the children, and the heart of the children to their fathers, lest I come and smite the earth with a curse.”

Fulfillment of Prophesy—Doctrine & Covenants 110: 13-16 “After this vision had closed, another great and glorious vision burst upon us; for Elijah the prophet, who was taken to heaven without tasting death, stood before us, and said:Behold, the time has fully come, which was spoken of by the mouth of Malachi—testifying that he [Elijah] should be sent, before the great and dreadful day of the Lord come—To turn the hearts of the fathers to the children, and the children to the fathers, lest the whole earth be smitten with a curse—Therefore, the keys of this dispensation are committed into your hands; and by this ye may know that the great and dreadful day of the Lord is near, even at the doors.”

Doctrine & Covenants 87: 1-4 “Verily, thus saith the Lord concerning the wars that will shortly come to pass, beginning at the rebellion of South Carolina, which will eventually terminate in the death and misery of many souls; And the time will come that war will be poured out upon all nations, beginning at this place. For behold, the Southern States shall be divided against the Northern States, and the Southern States will call on other nations, even the nation of Great Britain, as it is called, and they shall also call upon other nations, in order to defend themselves against other nations; and then war shall be poured out upon all nations. And it shall come to pass, after many days, slaves shall rise up against their masters, who shall be marshaled and disciplined for war.”

Doctrine & Covenants 49:24 “But before the great day of the Lord shall come, Jacob shall flourish in the wilderness, and the Lamanites shall blossom as the rose.” –Footnotes say that “blossom as the rose” refers to them receiving the gospel

Revelation 11: 7-9 “And when they shall have finished their testimony, the beast that ascendeth out of the bottomless pit shall make war against them, and shall overcome them, and kill them. And their dead bodies shall lie in the street of the great city, which spiritually is called Sodom and Egypt, where also our Lord was crucified. And they of the people and kindreds and tongues and nations shall see their dead bodies three days and an half, and shall not suffer their dead bodies to be put in graves.”

“Q. What is to be understood by the two witnesses, in the eleventh chapter of Revelation?

A. They are two prophets that are to be raised up to the Jewish nation in the last days, at the time of the restoration, and to prophesy to the Jews after they are gathered and have built the city of Jerusalem in the land of their fathers.”

Doctrine & Covenants 88:94 “And another angel shall sound his trump, saying: That great church, the mother of abominations, that made all nations drink of the wine of the wrath of her fornication, that persecuteth the saints of God, that shed their blood—she who sitteth upon many waters, and upon the islands of the sea—behold, she is the tares of the earth; she is bound in bundles; her bands are made strong, no man can loose them; therefore, she is ready to be burned. And he shall sound his trump both long and loud, and all nations shall hear it.”

Zecheriah 14:2 “For I will gather all nations against Jerusalem to battle; and the city shall be taken, and the houses rifled, and the women ravished; and half of the city shall go forth into captivity, and the residue of the people shall not be cut off from the city.”

Doctrine & Covenants 112:23 “Verily, verily, I say unto you, darkness covereth the earth, and gross darkness the minds of the people, and all flesh has become corrupt before my face.”